Short Bio:
Alex Pattakos, Ph.D., aka "Dr. Meaning," is Founder of the Global Meaning Institute. His unique background bridges political science, public policy, and innovation management, along with existential philosophy, psychology, and meaning. Wanting to change the system and assist in broader societal transformation, Alex received his Ph.D. in Political Science and became a full-time professor of public and business administration, including graduate program head. In addition to grooming students to become the new vanguard -- leaders more aware of the greater need for Meaning throughout society -- Alex also served as an advisor to governments to affect policy change, including service to the White House under three U.S. presidents and to the commissioner of the U.S. Food and Drug Administration. A prolific author, he has written two international best-selling books on the human quest for Meaning: The OPA! Way, inspired by Greek philosophy, mythology, and culture, and Prisoners of Our Thoughts, written at the personal urging of the world-renowned psychiatrist, Dr. Viktor Frankl (author of the classic bestseller, Man's Search for Meaning). He is a subject matter expert and columnist on the Search for Meaning for Psychology Today, and a columnist for the Public Administration Times on the topic of “Meaning in Government.” He is currently writing a new book, entitled Public Administration and the Search for Meaning: Rediscovering the Soul of Government, under contract with Routledge, a global leader in academic book publishing in the Humanities and Social Sciences. Dr. Pattakos was awarded the title of Honorary Professor by the Moscow Institute of Psychoanalysis in Russia, for his contributions to the development of Viktor Frankl's System of Logotherapy & Existential Analysis and for advancing the search for meaning in life, work, and society. Now Alex has founded the Global Meaning Institute to help people discover new meaning in their lives and work, and at a systems level, connect to the deeper meaning in organizations, communities, and societies. As a leader of the Meaning Movement, he continues to spread the inspirational message of Meaning around the world.

Long Bio:
Throughout his life, Alex has always felt the call to advance human potential and societal transformation through Meaning. His journey to Meaning began at an early age, studying existential philosophy and psychology while still in high school as a way of making sense of the complex family life and world around him. On active duty with the U.S. Army during the Vietnam era and working with soldiers as a mental health specialist, he witnessed the horrors and casualties of war in unforgettable, life-changing ways. Upon his return to the United States, he was strongly encouraged by his family and friends to enroll in law school which he did. However, in law school he struggled with the desire to do well academically while, deep down, he knew that he was being called to serve greater social causes. After several years in law school, Alex finally heeded this call. As a mental health administrator on the south side of Chicago, once again he found himself on the front lines of human suffering, this time witnessing the personal struggles of many people who lacked access to education, healthcare, and employment, and on a more metaphysical level, lacked the connection to deeper Meaning in their lives.

Wanting to change the system and assist in broader societal transformation, Alex received his Ph.D. in Political Science and became a full time professor of public and business administration, including graduate program head. In addition to grooming students to become the new vanguard – leaders more aware of the greater need for Meaning throughout society – Alex also served as an advisor to governments to affect policy change, including service to the White House under three presidents and the commissioner of the U.S. Food and Drug Administration. With his passion for exploring innovative and meaningful solutions to public policy and management issues, Alex also was privileged to be named one of the initial faculty evaluators for the Innovations in American Government Awards Program at the John F. Kennedy School of Government, Harvard University.

Transitioning to the private sector, Alex joined The Innovation Group and led the development of its government innovation practice. During this time, he deepened his understanding of how people and societies can realize their full potential through Meaning by connecting with Viktor Frankl (world-renowned psychiatrist, existential philosopher, survivor of the Nazi concentration camps, and author of the classic bestseller, Man’s Search for Meaning). At Dr. Frankl’s personal urging, Alex wrote Prisoners of Our Thoughts, now an international bestseller available in over 23 languages, multiple formats, and a revised and expanded third edition. Importantly, Prisoners of Our Thoughts has been named one of the "100 Best Meaning of Life Books of All Time" by Bookauthority, regarded as the world's leading site for book recommendations by thought leaders.

As a key component of his own personal journey to Meaning, Alex reconnected with his Greek roots. Traveling throughout Greece, he gained a deeper understanding of how people found Meaning in their everyday lives despite being surrounded by economic and social crises. This learning was captured in the award-winning book on the human quest for Meaning, The OPA! Way: Finding Joy & Meaning in Everyday Life & Work, which is  uniquely inspired by and grounded in Greek philosophy, mythology, and culture.

Today, Alex is dedicated to leading the Meaning Movement through his work at the Global Meaning Institute and advancing MEANINGology® (the study and practice of Meaning in life, work, and society). Affectionately nicknamed “Dr. Meaning,” Alex continues to use his unique background to bridge societal transformation and meaning – encouraging all to reach their full potential by living and working with Meaning. 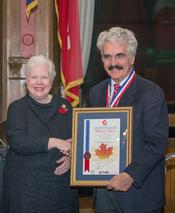 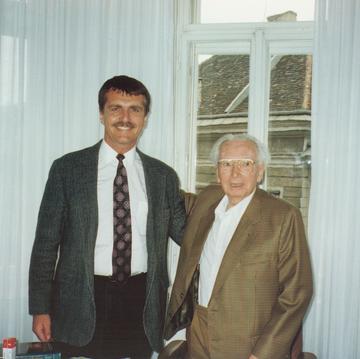 ​A BLAST FROM THE PAST! Here is the video of a public lecture, broadcast on TVOntario, Canada, that Dr. Alex Pattakos delivered at the University of Toronto nearly 16 years ago. At the time, our book, Prisoners of Our Thoughts: Viktor Frankl's Principles for Discovering Meaning in Life and Work, was still in the early stage of its release as a hardcover first edition with a different cover and subtitle (it's now in over 23 languages, multiple formats, and a 3rd, revised & expanded edition). Our other Greek-inspired book on the human quest for meaning, The OPA! Way: Finding Joy & Meaning in Everyday Life & Work, had not yet been conceptualized let alone written! The symptoms of the "crisis of meaning" in life, work, and society have intensified since the 2006 lecture and now, more than ever, we need the Meaning Movement! 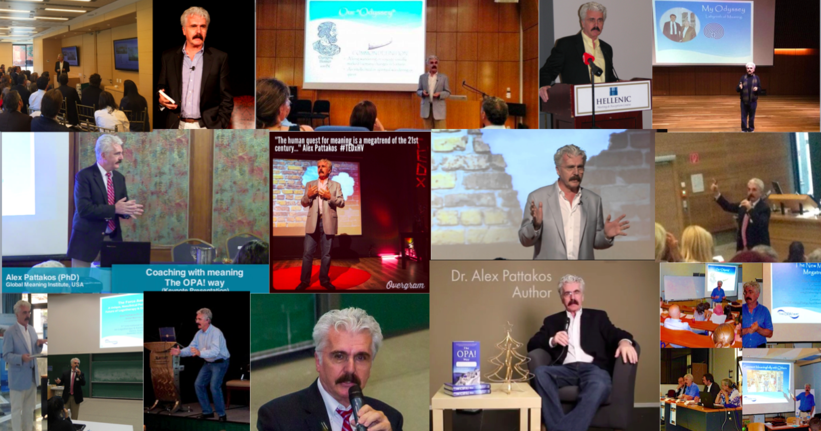 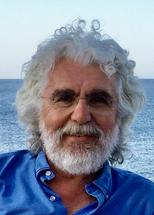 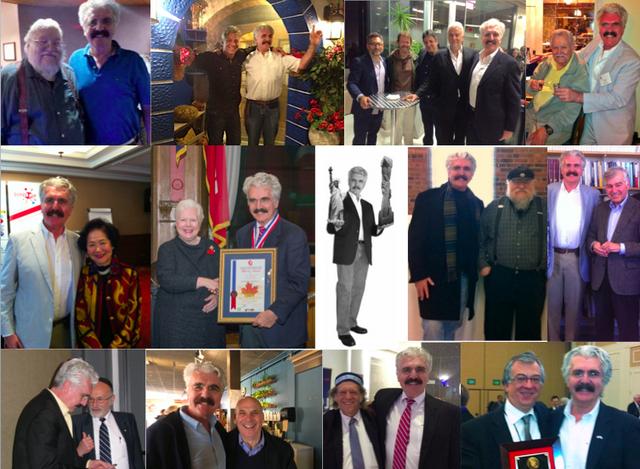